Building up momentum at VRX Europe 2018

This year’s edition of VRX Europe took place in Amsterdam. The two days conference program was packed with market outlooks, lectures, panels and demos. The first day was a general overview of VR trends, while the second day was split into two parallel workshop tracks for entertainment and industry applications. All these activities tackled the questions where VR is standing now, where VR can stand by for application support and when VR will be ready for standing on its own.

Turning the market with standalone

Despite the slow start of headset sales in consumer markets, the general outlook for VR adoption remains rather optimistic. Superdata presented indications for a growing market of standalone headsets, starting with Oculus Go this year and continuing to rise with Oculus Santa Cruz from 2019 onwards. The latter product was even perceived as ‘the first true VR headset’ by nDreams’ CEO Patrick O’Luanaigh.

Analysts, researchers and investors agreed upon a market turning point by 2019, when revenues tend to double each year. Most remarkable information for me was a research comparison between headset shipments and installment base to indicate the actual use of VR. The slide showed a clear advantage of high-end headsets in comparison to Mobile VR. The more expensive hardware is clearly perceived as the more useful one. Higher sales numbers do not necessarily mean better VR adoption or better publishing conditions for software developers if buyers do not use their purchases very often. 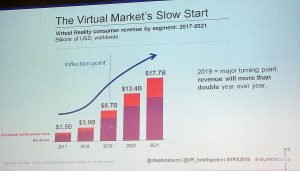 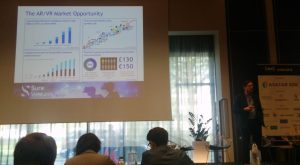 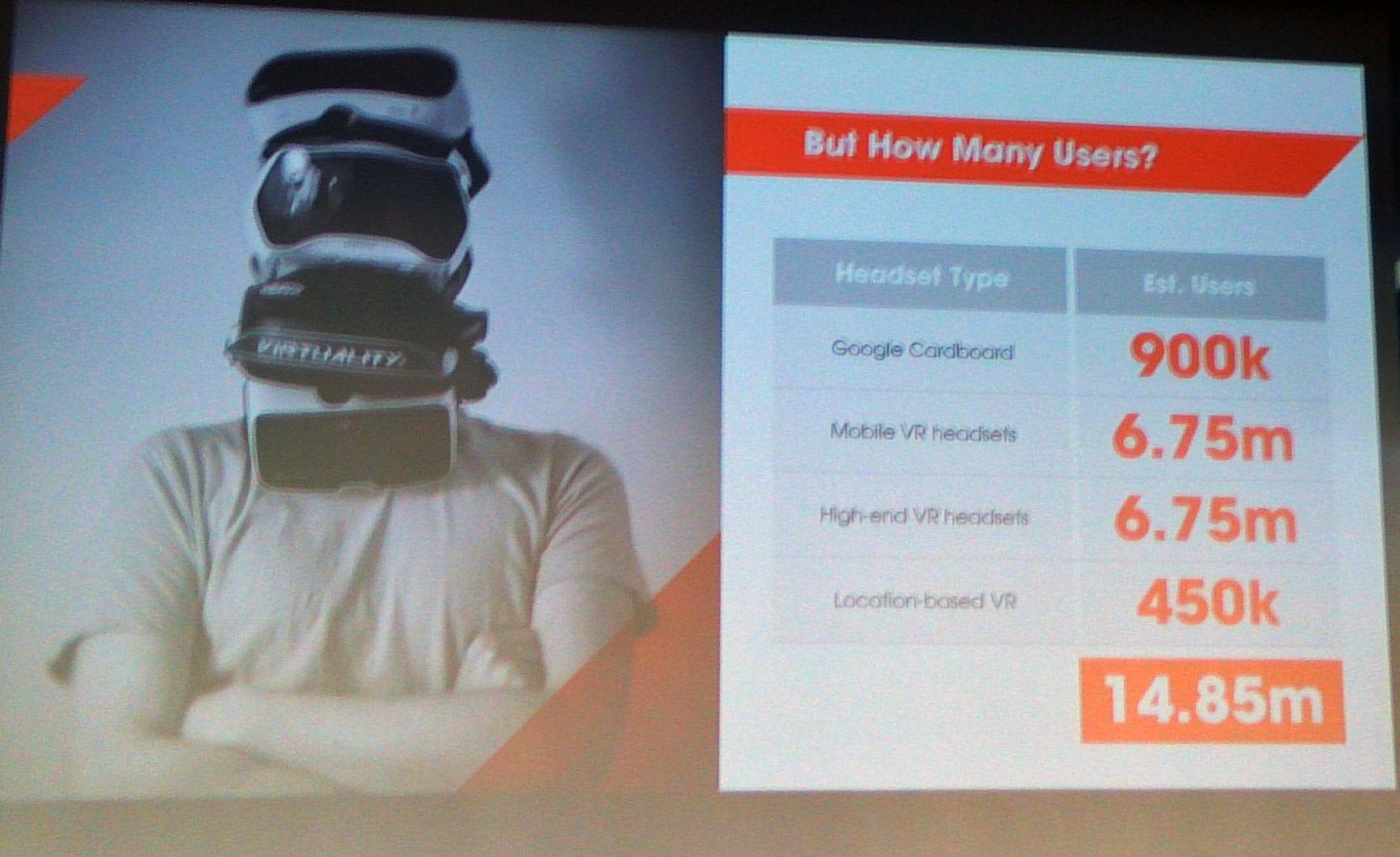 Sony, being one of the high-end players with PSVR, came pretty close in matching the sales numbers with solid installment base rates. The PlayStation company announced competitive price drops for VR hardware to expand the installment base even further. Market researchers also noted a rise in the PC driven installment base especially for the European consumer market, going against the trend of PC usage decline elsewhere.

Standing side by side with the markets

VR adoption remains to be driven strongly with games and entertainment segments, counting for more than half of the application revenues now and in the near future. But Enterprise VR comes into focus as an application field where shipments are connected to concrete use cases, pointing automatically to a solid installment base.

Both trends were reflected in two parallel workshop tracks. The entertainment track proudly presented itself as the driving force by numbers and impact and more to come for consumer markets. The industry track picked out concrete use cases, discussing retail enhancements and scenarios for corporate integration. 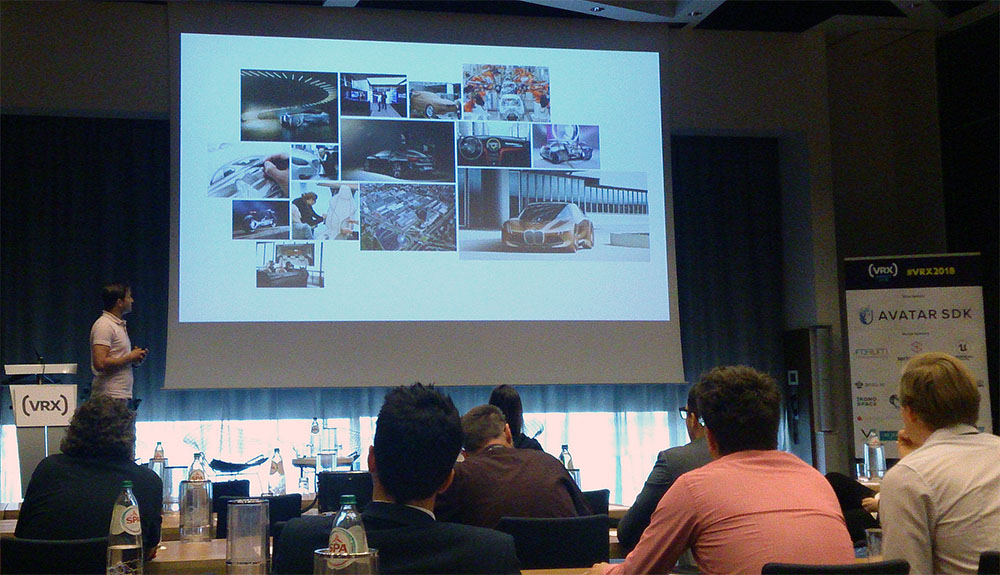 The retail panel with giants like IKEA or Procter & Gamble reminded me of the beginnings of e-commerce when going into matters like product awareness, the tangibility of virtual consumer goods and effective customer relationship management. German car industry giants like BMW, Audi and Volkswagen impressed with sophisticated product presentations in VR. They already dispose of a well established VR integration all along with the corporate structure, from research development to product design and training operations for employees up to marketing customization for retailers and consumers. This even includes strategic reflection on VR as replacement scenario for mobility in the future. 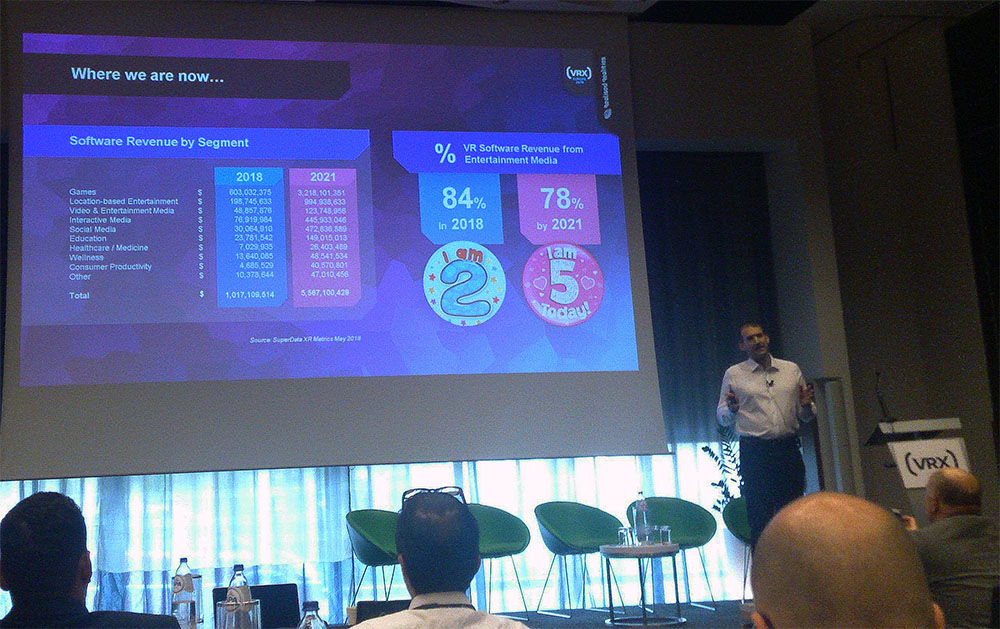 2 years past, 3 years ahead on the entertainment track

The entertainment track pointed out content trends, achievements and hurdles for consumer VR adoption. By already looking back at 2-year installment bases in the game industry, Simon Benson pointed out established structures to overcome the content gap and a prospective outlook for upcoming hardware standardization. A convergence of high-cost and low-cost systems, likely to be expected with upcoming standalone systems, motivates diversification in software development. But it also means more competition in approaching market segments. There is still a divide between visual and interactive approaches to VR. This became obvious in comparing gaming lectures, namely by Sony and nDreams, with panels for the panoramic video featuring TV broadcasters from Arte, Sky and the BBC. While VR games can rely on consumer payments, 360° videos are poised to go for other revenue models, like an advertisement or sponsoring activities. 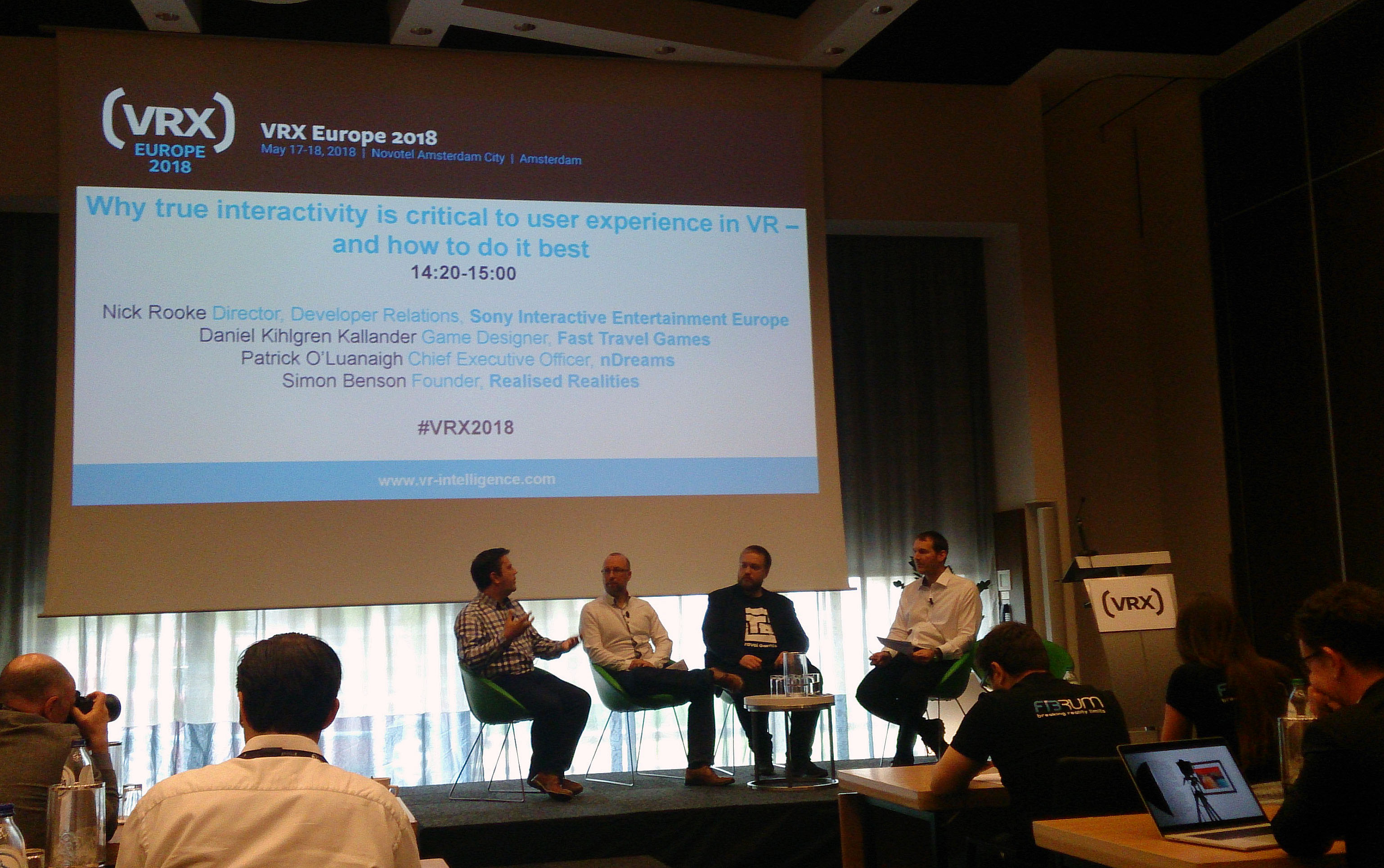 In search of a market for standing alone

Most showcases continued to evolve VR on established application fields, using it as an expansion or intensification of corporate workflows, marketing attractions or advanced gaming experiences. But there were also rather original approaches to be seen. 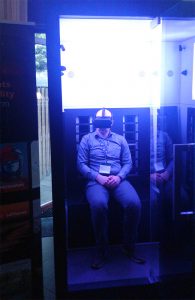 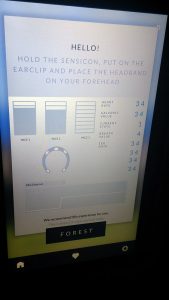 The Dutch startup company Sensiks demonstrated a modernized version of good old Sensorama: you could experience VR films sitting in a small cabin while temperature, wind effects, lighting and odors changed around you according to content cues. The French startup Moebius VR expanded small real space installations into vast virtual space explorations by means of a Vive tracking system: you could interact with a variety of customized haptic control devices with Vive trackers. 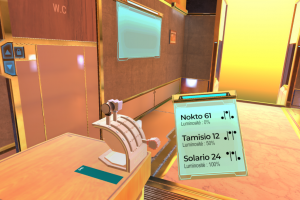 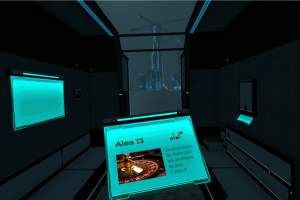 In contrast to VR going for adaptation and standardization along with established market and organization structures, these two examples point into a direction where VR becomes a medium on its own, like ‘true VR’: either by going back deep into the past to revive its own traditions on a more accessible and affordable scale or by ignoring existing media traditions and setting up its very own standards to enable experiences that no other medium can provide you with – even on a small spot at home, in the office or in a shop.

A more self-confident understanding of the medium may even turn into a fast track for VR adoption, and VRX Europe definitely builds upon this momentum.