‘Immersion’ was one of the main topics of this year’s 20th-anniversary edition of FMX in Stuttgart, an annual lineup of selected SIGGRAPH lectures and special effect trends in film and interactive entertainment industry. Like in the two decades before, this year’s lineup of big brand companies, premium film productions and visionary academia was once again well-composed and most impressive. But the sudden emergence of virtual reality as a new platform for mass media consumption seemed to have confused the papers quite a bit: about one-third of the program was dealing with real-time animation techniques, offering a very detailed and broad overview of activities in search for the killer application of virtual reality.

Film effect specialists desperately tried to nail the virtual reality jelly to the silver screen. First VR wave research veterans opened the screen wall for augmented perceptions – just like they did 20 years ago. Theme park designers bridged the time gap by stringing together their experiences with VR attractions and their sometimes painful confrontations with amusement realities. And all together they precisely connected the dots of continuous VR developments from CGI beginnings to SGI, and from the evolution of the gaming industry to the reappearance of VR in our times.

You also had a chance to slip into the body of a jellyfish yourself: an Oculus Rift installation combined with optical tracking devices beamed you into a mixed reality world. You could use virtual tentacles to interact with virtual representations while holding real objects in your hands. And you could walk around with your physical body in the real space while floating through the jellyfish world, accordingly. By doing that, you got a better understanding of the slippery things all the panellists had to deal with in the program track. 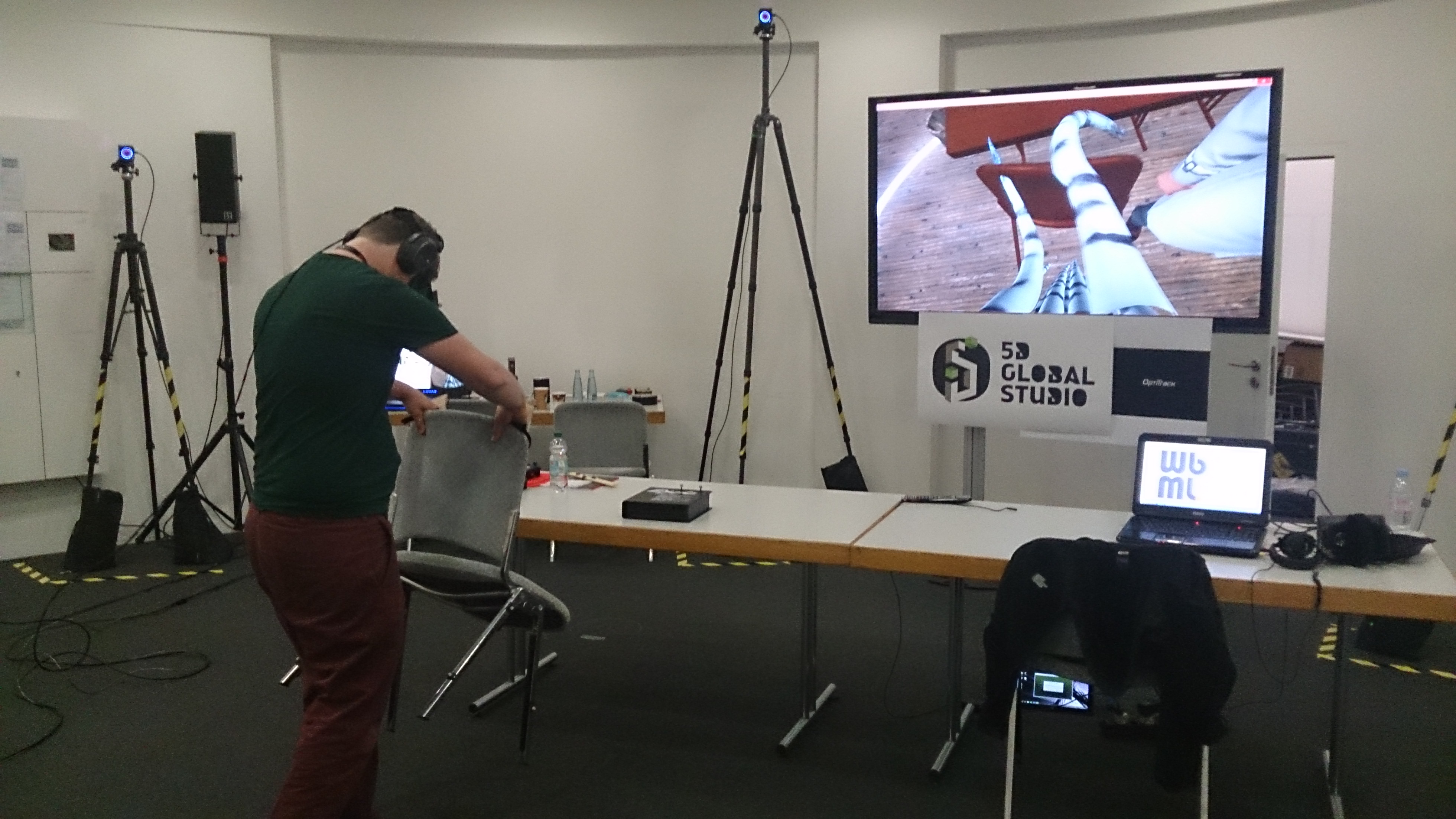 You could reemerge into your own body representation at a small demo booth of a spin-off from Universität Saarbrücken, combining markerless optical motion tracking with an Oculus Rift experience: you could see and move your virtual legs in synch with your real ones when you looked down at your body with the glasses – a moment of surprise, pointing to a more intuitive way to experience virtual full-body presence in a distant but foreseeable future of combined tracking technologies.

Walking down the floors of the technology and education showcases there were even more opportunities to pick up different flavours of jelly beans for immersive experiences: configure your own interior design for your next Mercedes-Benz vehicle at affordable polygon and texturing costs; base jump through branded marketing worlds without falling from the real sky; travel through a great variety of touristic attractions in surround videos; shoot your way through hypnotic gaming course; observe a whole city’s social movements in a gigantic big brother panorama view or shrink again to meeting a T-Rex dinosaur face to face while standing in his precious egg nest…

Crytek and Epic Games put some flesh on the virtual bones with demonstrations of their latest engine features for virtual reality design; Microsoft promoted the Hololens; AMD and Nvidia fired the machine with upcoming configurations for double GPU performances for VR and enhanced physics simulations, and a series of panels virtually explored the scope of somewhat jelly VR business cases. 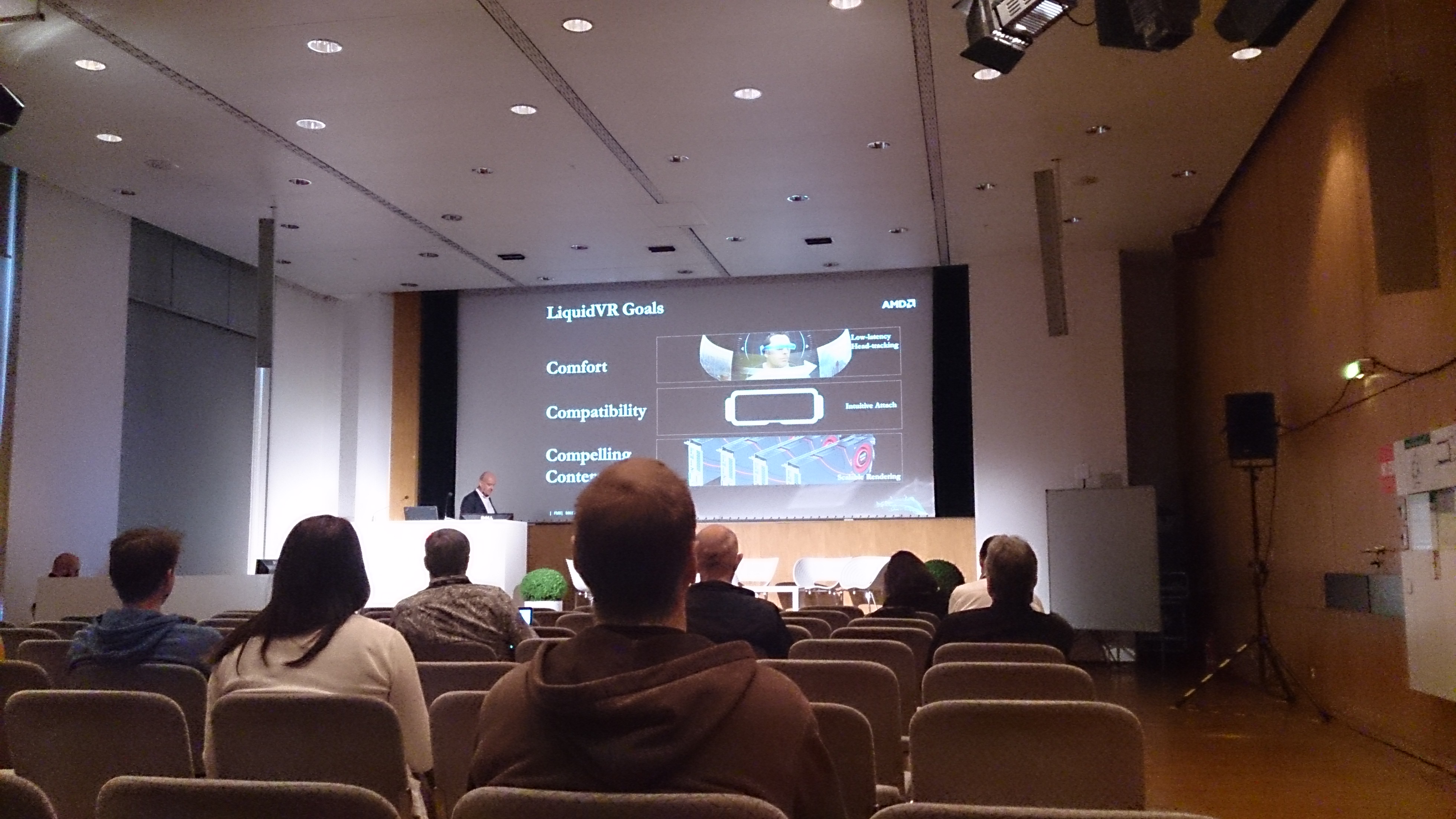 But the epicentre of FMX still lies in film effects production and education supply for the established entertainment industry. Despite all success stories on such a high professional level and in such a broad scope of shared experiences, the essence of the current VR renaissance could not be fully captured by these dominant fields of activities in Stuttgart, yet.

Instead, the highly engaging presentation of MK Haley pointed to a very promising framework of education strategies for Virtual World Building; and the Belgian performance group Crew showcased how radical thinking and method acting can generate intimate human-centred communication based on the artful use of simulation technology. 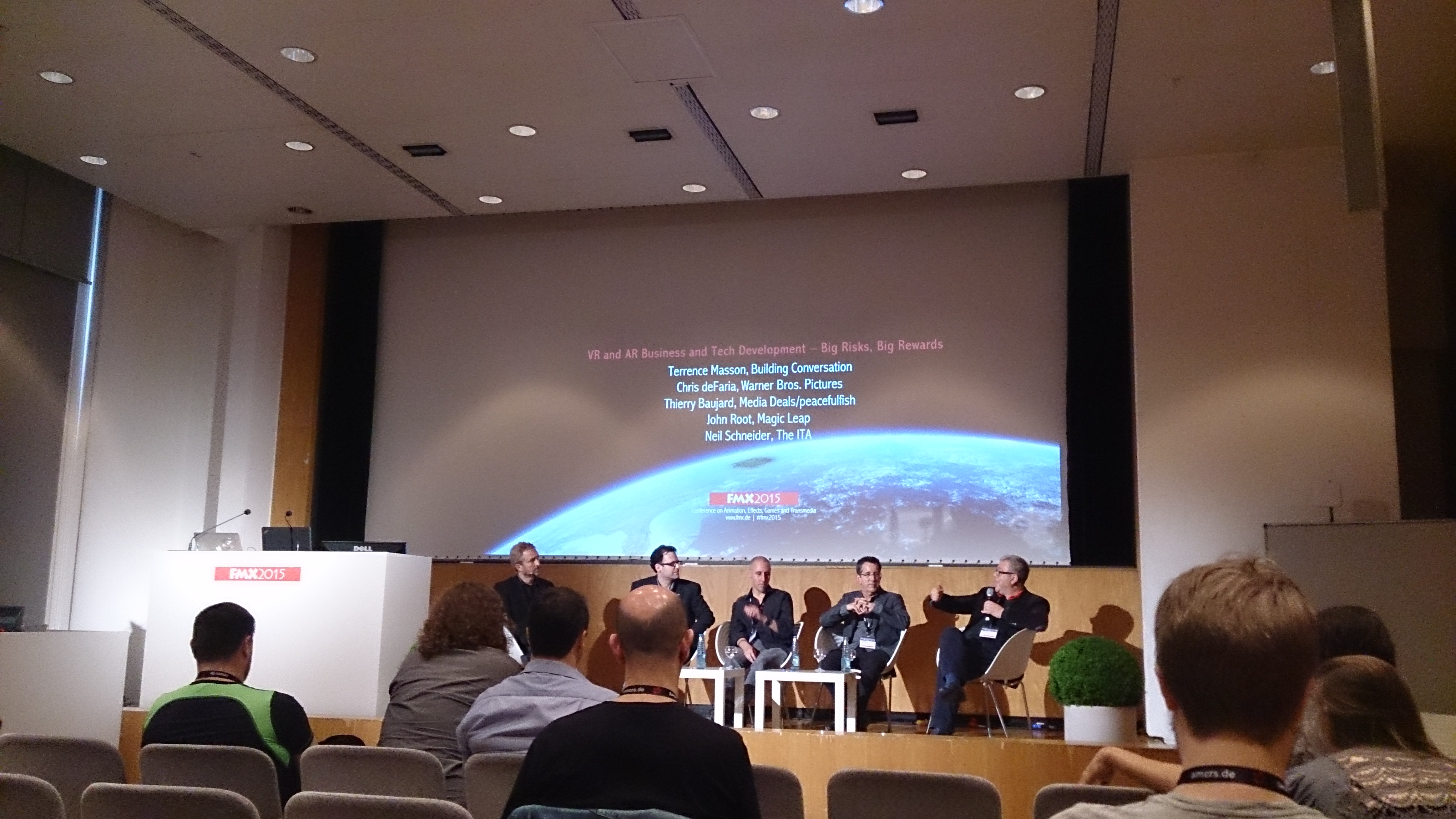 In case the jelly state of VR finally will develop into a new media platform, these two experimental positions could provide orientations for necessary readjustments to establish an art industry for truly eye-opening immersion.