MediaTechCon is a new convention format, overarching three joint special events formerly related to media digitization, film technology and virtual reality. The event took place at the Berlin Babelsberg film studios and presented an extensive conference program, an expo area for immersive technologies and an award competition for VR applications. Given the rather traditional locality of the film studios and the fact that 2 out of 3 former event components were related to film and television, the MediaTechCon focused on a more cinema oriented understanding of immersive media. So, how do moving pictures and VR go together then?

Concerning VR, the conference talks made a lot of references to the beginnings of the film industry whenever the question of future developments came up. The main attraction of early film attractions simply was moving images, content and style did not really matter, a language of the film had not been developed, yet. The main attraction of Studio Babelsberg and the MediaTechCon seems to follow the same path. The whole media event was centred around the newly established volumetric video studio VoluCap: a modernized version of moving pictures, capturing real-time data in three-dimensional video formats for integration into digital films or cinematic VR applications. 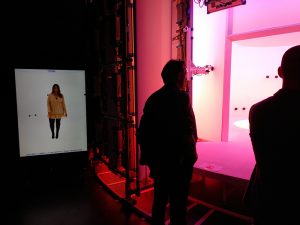 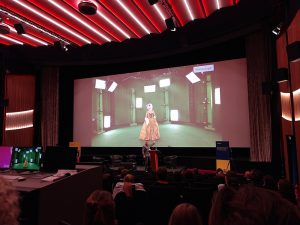 Whereas the technology of volumetric capturing is impressive, the establishment of an adequate application language may have some way to go. ‘Walk-in films’ had been proposed as a visionary playing field. The applications you could experience at the expo or at the event could not really live up to this promise, yet. Fraunhofer presented a demo application with volumetric video images that were comparable to the humble beginnings of early moving pictures. The other cinematic VR applications were still working on the elaboration of 360° panoramic videos. 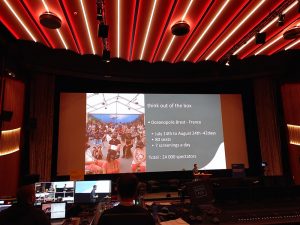 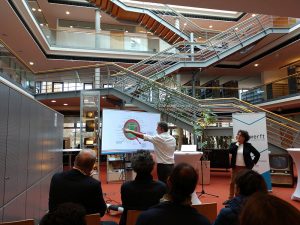 While the attraction value of panoramic videos remains debatable, and their understanding as being VR is more than questionable, the exposed works nevertheless knew to impress on the content side: basically all nominated VR films focused on social and political topics. They tried to bring conflict and refugee situations closer to the spectator by means of immersive cinema. Moving pictures alone are no longer attractions any more, but empathy can now make them moving on a completely different sensational level.

The conference program covered a broad range of fashionable high-tech topics like AR, MR, AI. A research program presented a framework for smart archiving and post-production procedures. VR filmmakers gave insights into the business side of cinematic VR distribution. More solid advertising and business applications for VR were discussed. Market outlooks from China completed the picture of a globalized framework of VR activities and proposed interesting role models according to local features: the US driving the tech, China providing the market, and Europe going for creativity – a very polite statement of virtual cordiality. 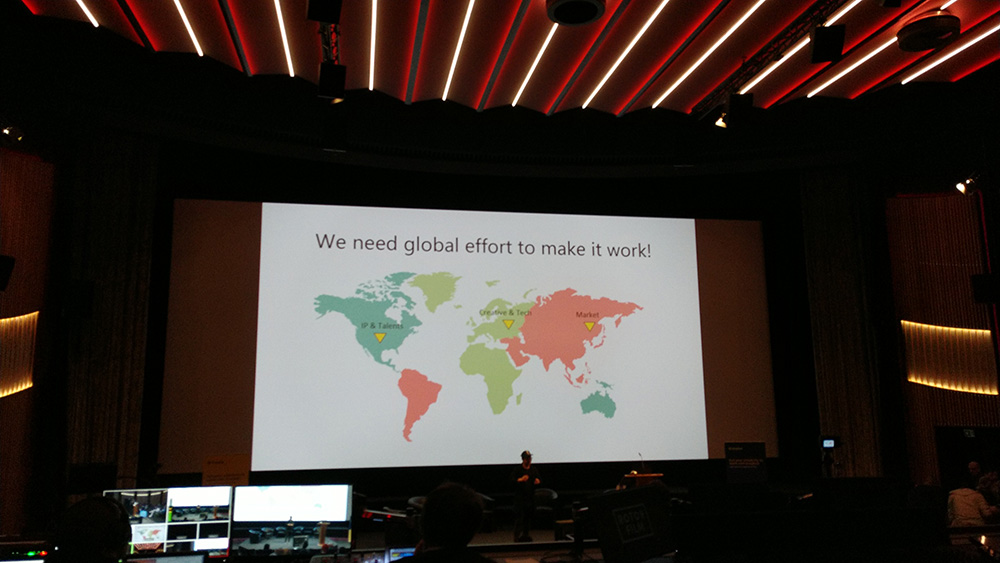 Whereas the conference was going global, the VR expo of award nominees went for a rather local perspective: besides the already mentioned cinematic VR documentaries, there were some experimental works to be seen from regional universities and industrial VR applications for the traditional German industries.

The most interesting application field of VR could be seen in local-based entertainment facilities: Ubisoft Germany presented an award-winning multiplayer escape room based on their famous Assassin’s Creed game series, where the players have to cooperate in a stunning virtual pyramid setting. The attraction uses rather established VR mechanics on HTC Vive like teleporting, grabbing or archery in very polished and atmospheric level design. But apart from the high quality of the visuals, what impressed me most was how well these components intertwined, resulting in a convincing flow of activities for VR newbies and for players of the original game series. The game industry obviously established a rather solid and reliable grammar of VR interactions to deliver acceptably and even convincing immersive experiences with a medium that normally defies a mechanical engine approach – this holds for a specific local attraction platform, at least. 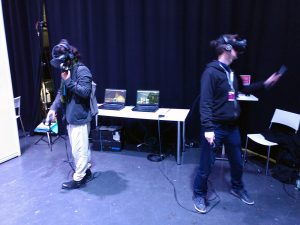 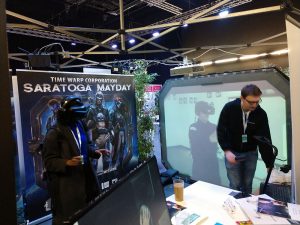 Further developments in this segment of LBE could be tested with Pimax headsets, backpack tracking and leap motion sensors at the booth of Illusion Walks, an upcoming local VR attraction platform.

The retro-framing of Virtual Reality

MediaTechCon is a vivid and inspiring convention for everyone interested in ongoing media developments, especially for filmmaking and digital production facilities. Taking place in a rather traditional framework where digitization has not yet been completed, a medium building on its completeness for virtualization feels rather framed. 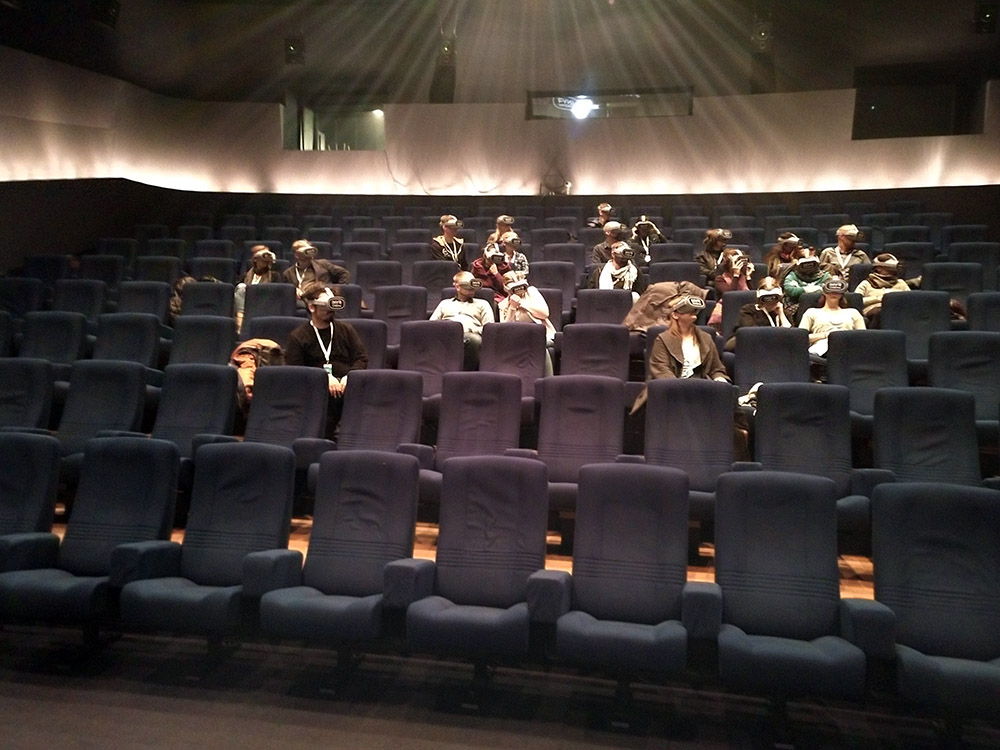 360° videos on Oculus Go in a real cinema setting

The most eye-opening experience of the event was the screening of cinematic VR in an actual movie theatre: the lack of swivel chairs prevented the audience from turning around and reduced the immersion to an incomplete screen experience in video goggles – with the benefit of being able to share this restriction on site.

Where moving pictures alone cannot convince as attraction platforms any more, interaction mechanics may temporarily come into play for establishing a hybrid media coexistence, formerly known as ‘multi-media’. But first, historical Babelsberg must overcome the locality’s proper boundaries before moving on to overcome the framing of VR.