This year’s edition of Gamesweek Berlin took place for the first time after the most common VR systems had established their market presence by the end of 2016. It was therefore of particular interest to take a closer look at upcoming business perspectives for VR at the developer conference Quo Vadis, to observe if there is a repositioning for VR at the more artist oriented A MAZE festival, and to look out for halo effects of shiny new gaming platforms in the consumers’ eyes at the popular street festival Gamefest. But at the very moment of general availability of this rather sophisticated simulation technology, the most striking impression of Berlin Gamesweek 2017 was an introversive VR attitude in contrast to a vaguely prospective commercial media expansion.

After having made some confusing experiences with interfering VR installations at recent tech exhibitions, I have to say that Quo Vadis was organized in a very competent way for VR presentations: the event was taking place on two spacious floors with separated areas for lectures, business talks and product exhibitions. The exhibition floor again was divided into clearly distinctive cubicle zones, so that companies could use it as well for a booth as for a VR installation. Some cubicles may have been a little small for room-scale VR, but the general concept of putting enough space between the various VR showcases points into the right direction for an appropriate staging of VR exhibits. 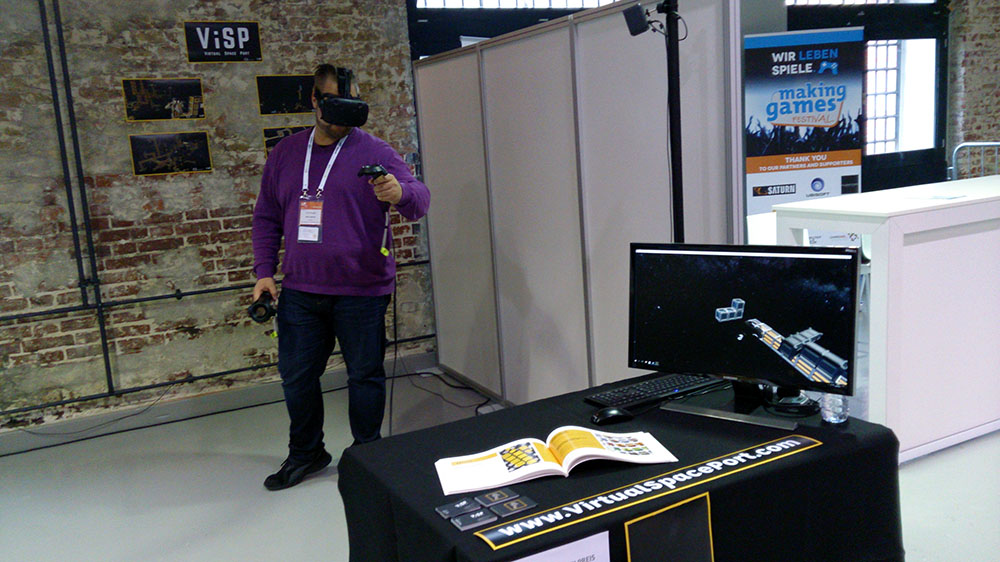 Most of the exhibited VR productions were still of a more conceptual and exemplary nature: there were several student works of pretty high quality. They could prove that the local media education picks up the new topic by offering convincing foundational stepping stones for future VR competences. But the showcases of newly founded gaming companies in this field were rather reserved in terms of innovation and venture beats: I saw mostly copy-cats of teleport gaming mechanisms and of VR demo productions being already on the market for a while.

The conference program offered quite a lot of VR related lectures. Here again, most presentations came from the academic environment. They referred to ongoing developments for eye-tracking and mixed reality technologies and rather technical aspects of locomotion or perception theories. There was less to be seen on the production side. The game industry seems to be waiting for a killer app breakthrough for this new business field more than looking out for appropriate approaches to generate such an event. One consultant even yelled at his audience to play more VR games when he discovered that none of his presentation samples seemed to be known there. 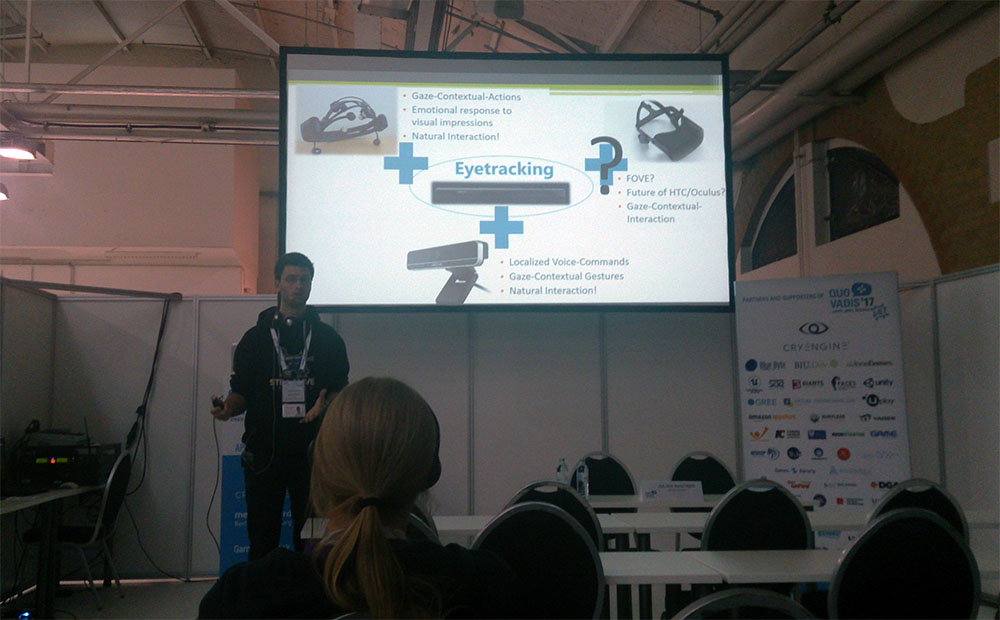 A ‘Making Games‘ initiative on the ground floor opened up the professional business space to an interested public with entry-level lectures and gaming promotions. Most notably, Ubisoft showed its Star Trek Bridge Crew experience for VR before the official release next month. I also had a chance to play other cooperative VR multi-player experiences in this area. People usually left their sessions with quite some awe and amaze, so that shared experiences definitively can be counted on for VR propulsion in business and consumer markets. There were also announcements and demos of upcoming VR installations in cooperation with local Escape Room platforms, and this could become a promising application niche for VR in this city. 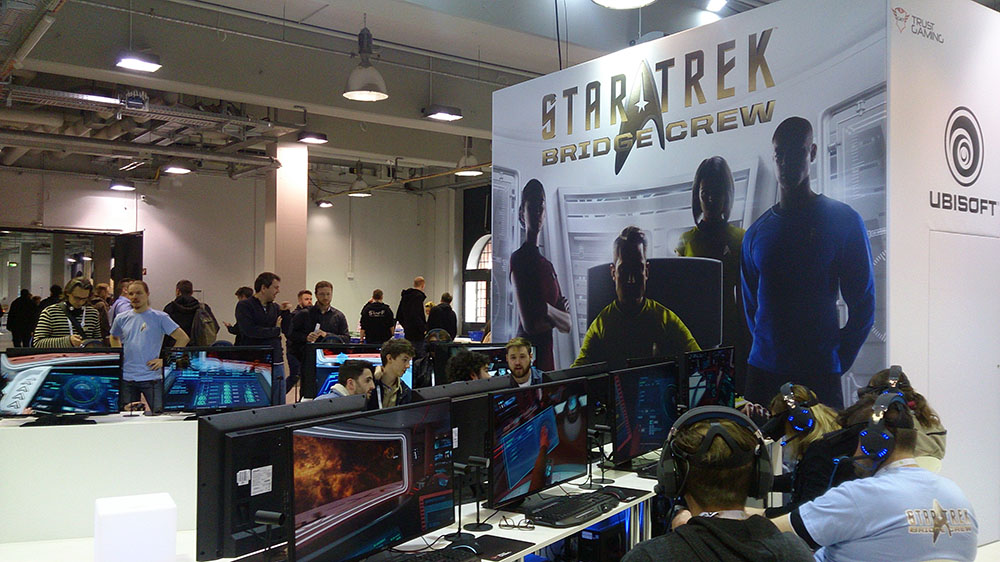 But the industry’s inward-turning – back to business as usual or to a wait-and-see attitude regarding VR – risks missing the potential in uncharted territories for catching up in fairly lost and well occupied traditional market segments.

A Maze: gaze in the daze

The festival organization of A MAZE also did a great job in providing an adequate presentation framework for VR installations. They even offered an additional special area for room-scale VR works apart from the smaller installations in the main exhibition. Most of these room-scale installations tackled technical and formal challenges more than conceptual ones. You could experience some impressive effects of immersive physics presenting the next layer of material editing in VR.   Or you could discover the many possibilities of motion-controlled interaction with touchable toys and objects in a kid’s room simulation. 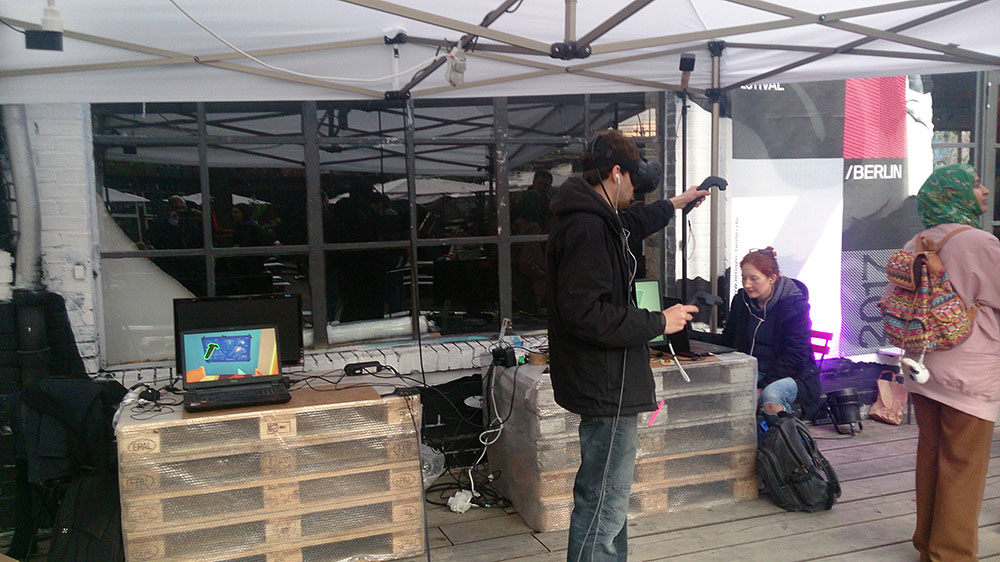 Whereas the room-scale installations heavily relied on the feature presentation of their technical media platform, the more conceptual reflections on the medium itself were to be seen in the smaller installations of the main hall in line with experimental indie games.

A pigeon simulator put the users into the shoes of cartoon pigeons in multi-player mode where they could move and pick up food according to their odd head movements. The simulator commented in a playful and funny way the weird habit of gaze controls in Mobile VR – especially when another Eagle Flight clone was just positioned in the neighbourhood for direct comparison. A wonderfully designed and deeply associative multilayer information space connected sounds, keywords, symbols and spaces to a highly synthetic representation of Gnosis in an Oculus headset. This universal knowledge approach offered an immersive expansion of PlayStation’s Everything, being shown in the same hall as an example of radically overarching conceptual game design. The balance of elegance and minimalism in a panorama interpretation of Marc Antoine Mathieu’s Sens for Mobile VR translated in a very disciplined way the print vision into a multimedia vision. It also reflected the limitations of embodiment and space experience in vision focused VR. In contrast to these limits, A Short History of the Gaze managed to expand your understanding of everything by taking you on an evolutionary journey through time, space and the universe where you and your surroundings constantly evolve (or devolve) by means of gaze connection (and gaze control). 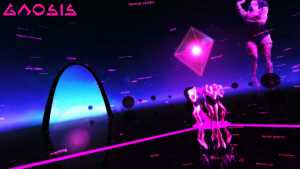 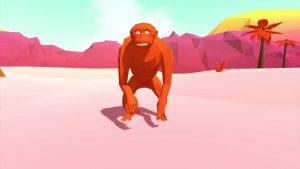 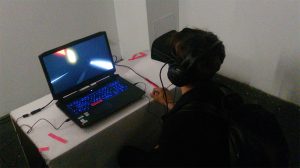 A short history of the gaze

So, A MAZE continues to explore VR as an artistic medium even in times of beginning commercial standardization. The show is at its best when reflecting these upcoming standards by turning them inside out. It is not yet sure, if this self-reflection leads to an expansion of the medium’s limitations or if this retrospective approach pulls VR even further down into the narrow space of established audiovisual media traditions. It all depends on your gaze, so far…

Gamefest: onwards to the past

There were no special events related to VR at this year’s Gamefest, unless you count in the activities of ‘Making Games’ with the Star Trek experience. Multiplayer VR seems to become an important factor for VR adoption – no matter if commercialized for professionals at QuoVadis, turned into irony by artists at A Maze or play tested by dedicated fans at Making Games: everyone seemed to enjoy a shared experience in a virtual world. But there is also a tendency of falling back into well-established media patterns, be it for reflection before making the next step or for disorientation after losing constraints with usual gaming habits. 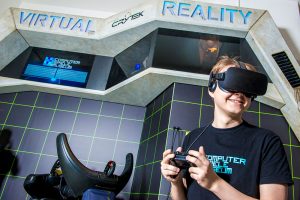 Along with the Gamefest, the Computerspielemuseum presented an upgraded section of its collection of present and historical VR platforms. You can rent them now for an experience of actual VR in comparison to the decades before. You can also use this to simulate the game industry’s failures to live well and prosper with VR by sticking with media habits that will have to be seen as historical relics in a more or less distant future. 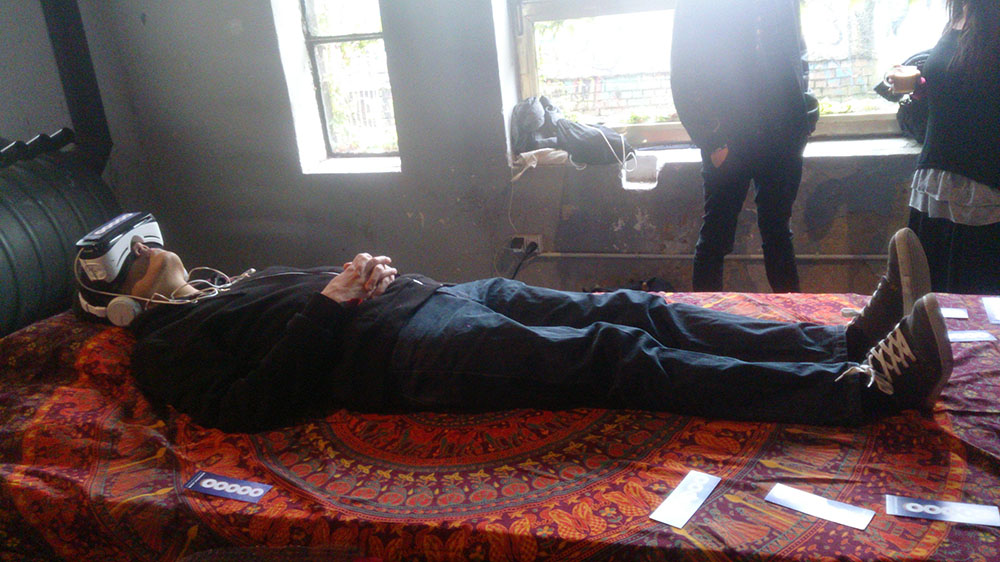