Casual Connect made a station in Berlin’s The Station to kick off the media business year 2017 with a major event full of lectures, panels, demos, show floor participants and meeting opportunities. The show is mainly focused on monetizing and marketing casual games on mobile platforms. Although Virtual Reality does not belong to the main revenue streams of the casual gaming section, yet, VR already was noticeable as one of the hottest topics in all areas of the event.

The convention program was packed with exciting topics being organized in several theme tracks running at the same time in 3 venues of the Station. I was surprised, that about one-third of the whole program was dedicated to VR topics: starting with market and investment perspectives, moving on to production experiences and making-ofs, state-of-the-art panels and future outlooks, up to overviews on public funding and political orientation advice. The range of participants indicated an impressively high-quality approach to this innovative business area: Superdata published some optimistic VR market data for the long run; and then casual game VCs and big names like Ubisoft, Valve or Google presented their visions, experiences and estimations for possible mass-market development. 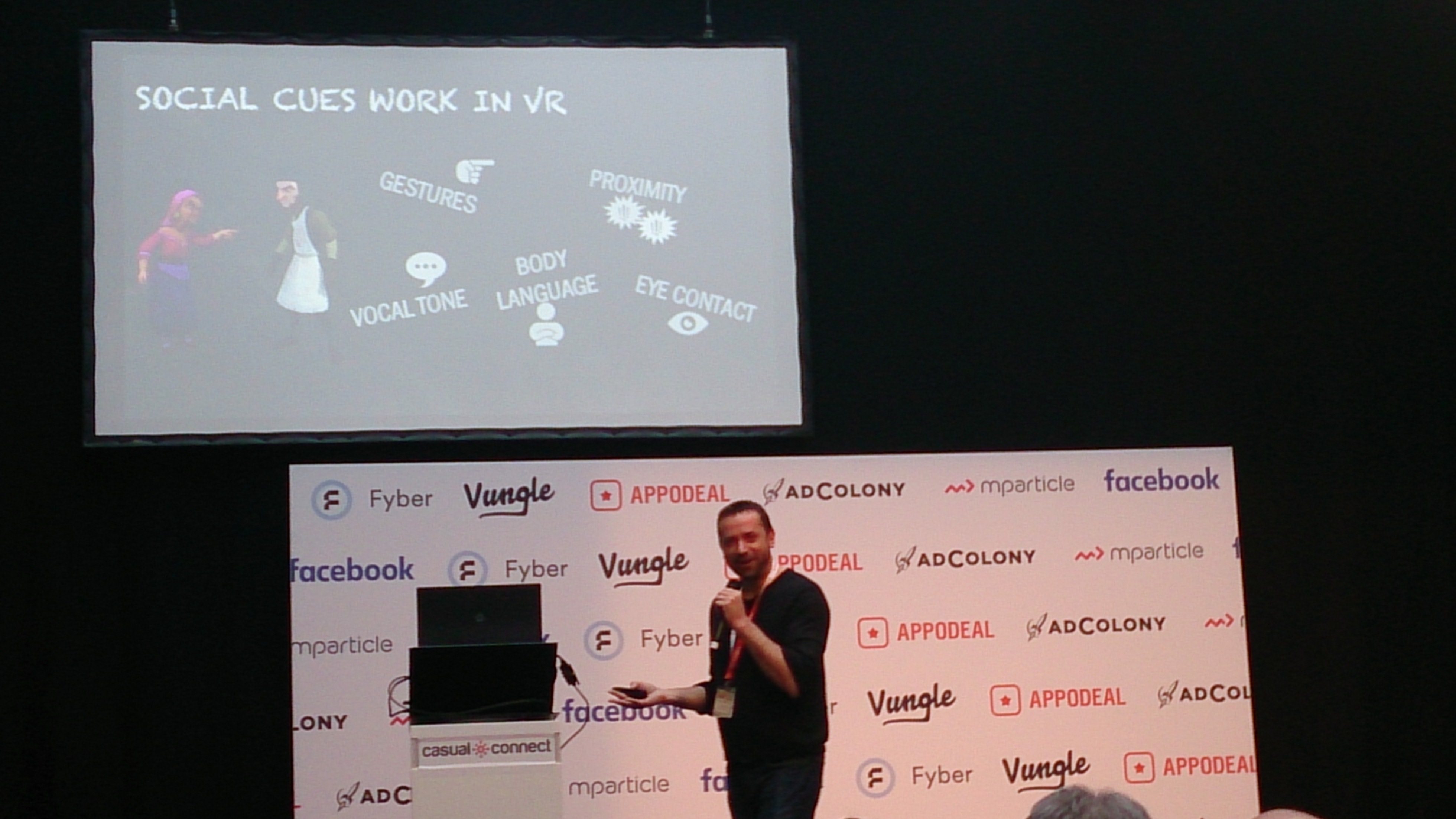 Ubisoft lectured on ‘Eagle Flight’, ‘Werewolves within’ and ‘Star Trek’

The general atmosphere was a bit less excited than in VR’s year of coming to market 2016, but the underlying fundamental intuition remained forward-looking for a prospective future. Maybe the turn from experimental productions in the initial line-ups to more concrete market approaches caused some uncertainty in the developers’ panels.

My personal highlight was Google chief game designer Noah Falstein’s panel with participants from the emerging VR industry, like nDreams and Kokoromi, browsing through the landscape of storytelling in search for reference models to overcome VR’s content gap. The discussion was very personal and general at the same time; each panellist was able to communicate lessons learned up to the point; and the well-conducted flow of reports, exchanges and insights pointed to a quite substantial media future, even if Daydream’s recent market feedback seems to be seen a bit like a disenchanting by Falstein’s mother company at the moment. 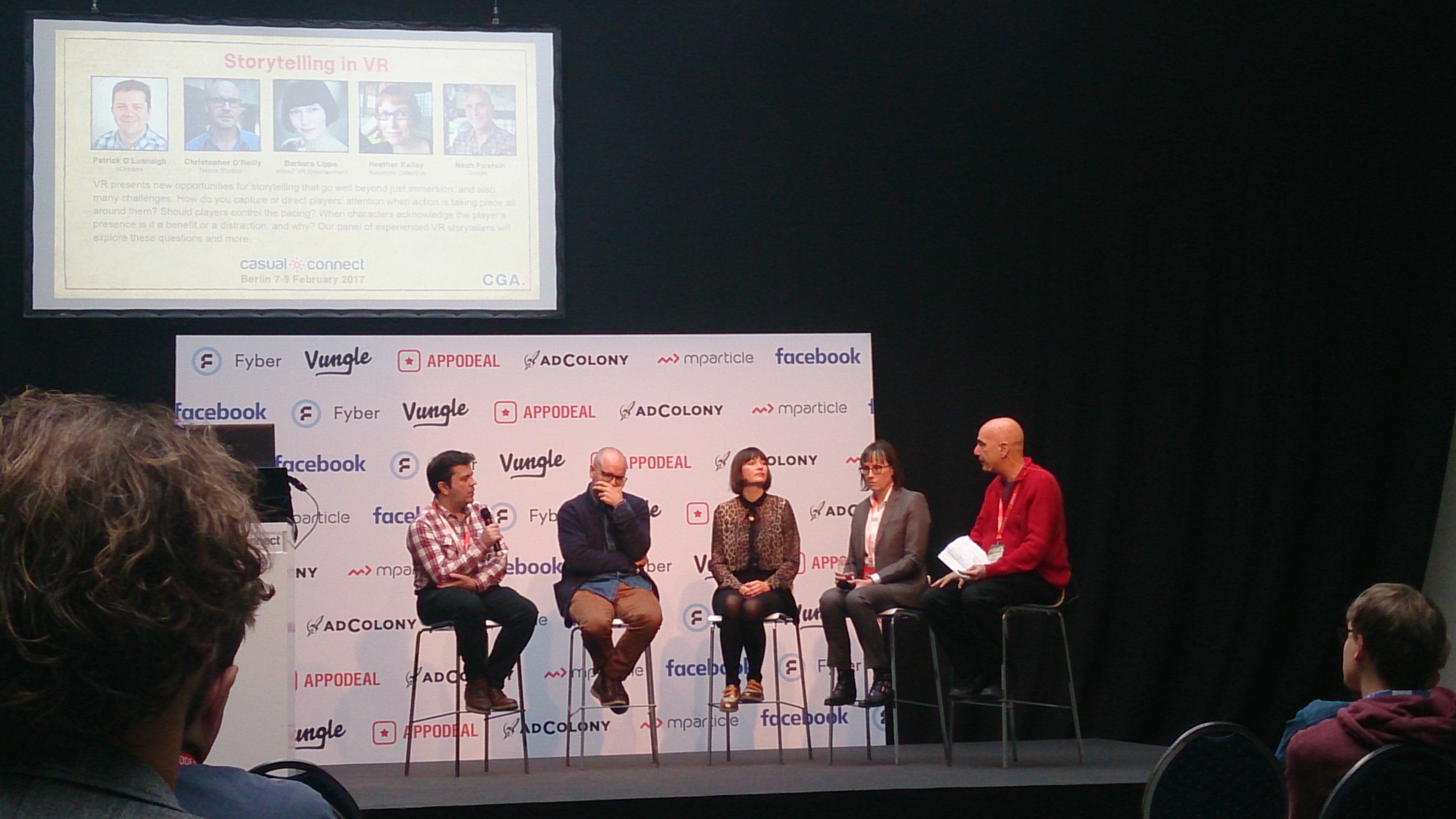 Most noticeable was Valve’s panel with Chet Faliszek and indie developers trying to preserve a sense of openness and flexibility against concrete market expectations in search for a certain killer app to expand the market with immediate effect. But you could feel the desire for more tangible orientation after the somewhat reserved product launches in 2016 with lower hardware sales than expected.

On the other hand, production showcases from gaming companies and independent developers presented pretty tangible experiences with user behaviour and innovative gaming genres, providing us with motivation for ongoing experimentation and open-minded expectation management. Especially, Ubisoft could prove quite effectively that VR can be seen as an attractive social and casual platform for playful interactions despite the somewhat negative reputation for headset isolation and geeky enthusiasm. Unfortunately, the three VR productions Ubisoft was talking about were not available on the show floor or not even out in the market, yet. 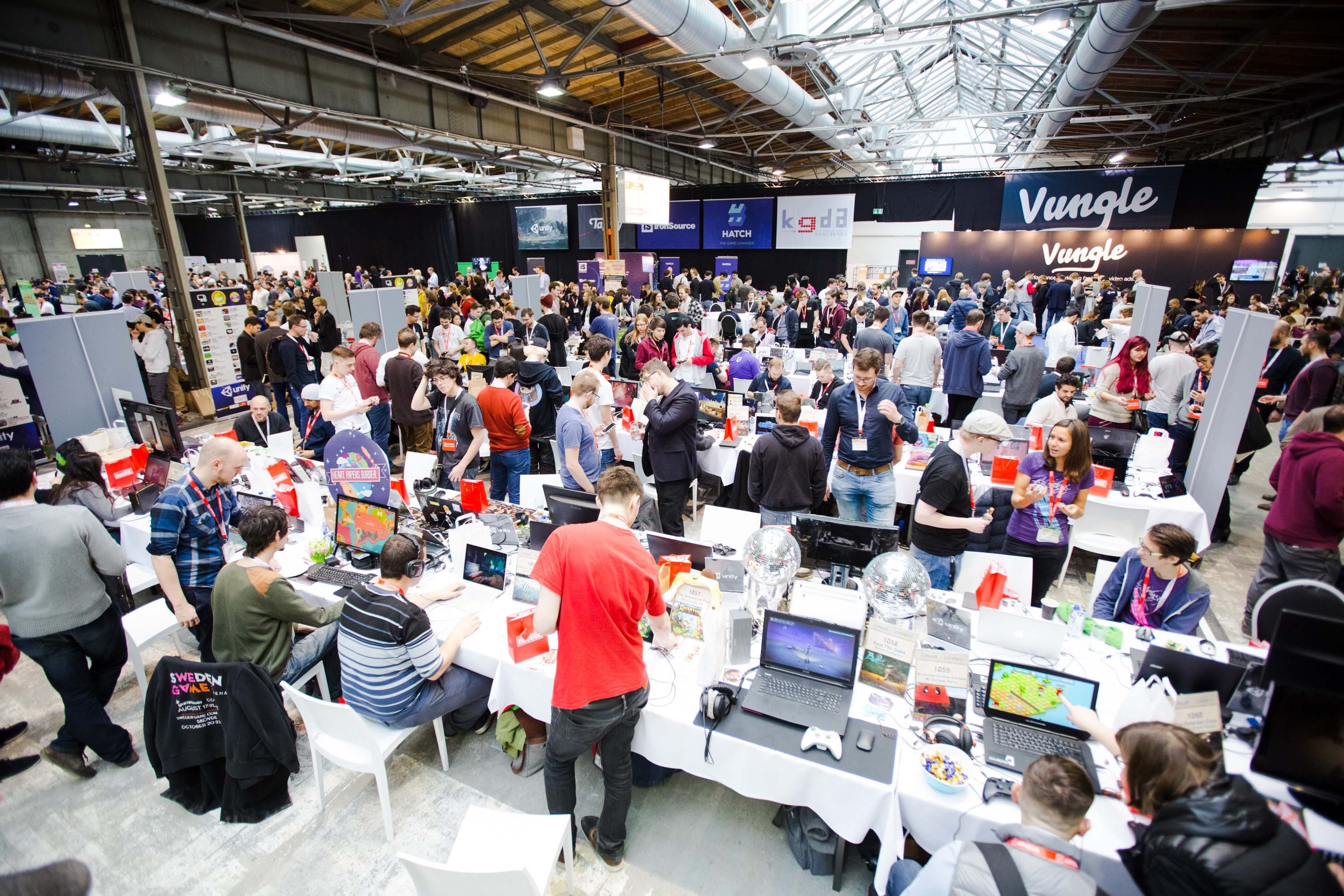 The show floor was dominated by marketing service booths focusing on already established mobile and casual gaming markets. Centred in The Station was the Unity sponsored showcase area for casual games, where you could go along very long tables to try out little games on laptops and mobiles while talking to the developers. Occasionally, you could also put on a headset for Mobile VR, mostly Gear VRs and Cardboards. But I rarely found original content to be seen in there. Most mobile VR games already seem to have established certain standards for gaze control and puzzle mechanics that I do not find particularly attractive. Nearly all examples I tried resembled one of those pre-established gaming success models, mostly not really convincing in VR mode like they probably do on the original screens.

But you could also spot very surprising and original works like the music VR game ‘Blink and Die’ coming from Argentina that immerses you into a pong-like abstract universe where you have to gaze control through rhythmic 2D maze environments in ever-growing music speed. This simple little game showed very convincingly that it is possible, indeed, to speak to a casual audience without sacrificing VR intensity!

There was also a corner with three HTC Vive installations, but they were organized in an unfortunately narrow space interfering with each other so that each experience had to live with technical presentation flaws. The experiences themselves were interesting prototypes ranging from an action-oriented boxing simulation to multi-perspective model worlds with asymmetric multi-player features up to a more standard oriented zombie adventure. Even when ignoring the unfortunate showcase conditions, all three installations addressed more an audience of VR enthusiasts and hardcore gamers again than a casual one. 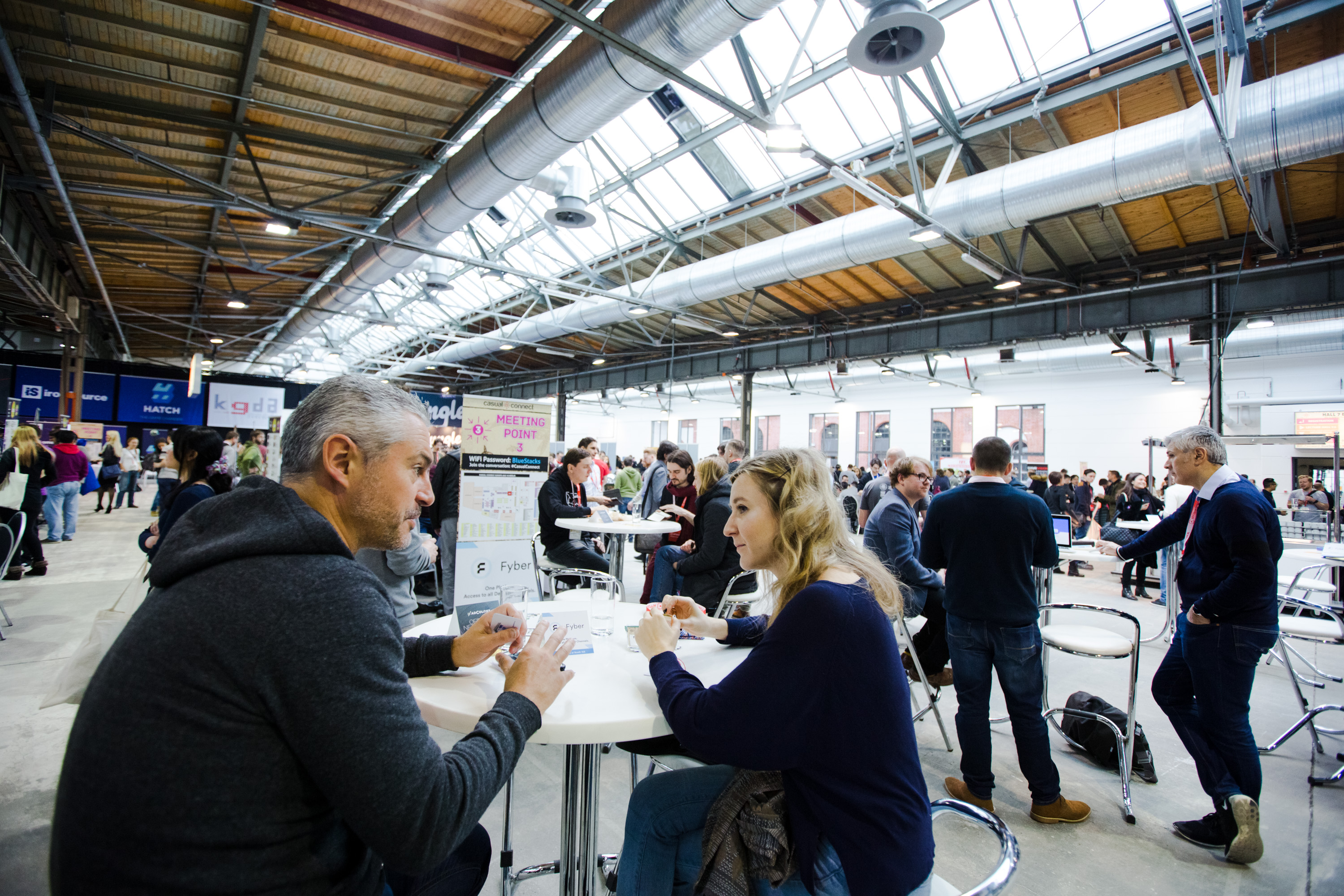 Casual Connect’s main asset certainly is the meeting and matchmaking platform: it offers a rather complex application for interconnecting the attendants at specific meeting points on the show floor. This is a very good opportunity for boiling down the hype to business negotiation and concrete market approach. But with all the activities going on at the same time of your meetings, it is actually not so easy to focus on speed dating while the next trend is being discussed at a venue near your table…

Compared to the intense business activities in already established casual markets, VR has still a long way to go for representing a certain chunk of this highly attractive and dynamic economy. Casual VR is in discussion and in preparation; it is not there, yet, neither on the show floor nor on the business map nor in the consumers’ mind. This year’s Casual Connect Europe was not the place to demonstrate VR’s casual opportunities, yet, but it was certainly the place to be if you want to connect to these opportunities in a future that already has begun.