UK’s most prominent gaming event EGX started a satellite show this year in Berlin. Taking place just a few weeks after Gamescom, I went there for comparison, and for checking out the promotion of gaming VR.

A regional playing field ‘for the players’

The size of EGX is just a small fraction of Gamescom, but this results in a more charming and intimate atmosphere here. Game testing is clearly the main topic of the show. There are long rows with PCs and consoles for testing out demos of games coming to the market soon. A lot more activities around the demo showcases celebrate the gaming culture, like fandom and merchandise, internet broadcasting, Esport tournaments and cosplay events. 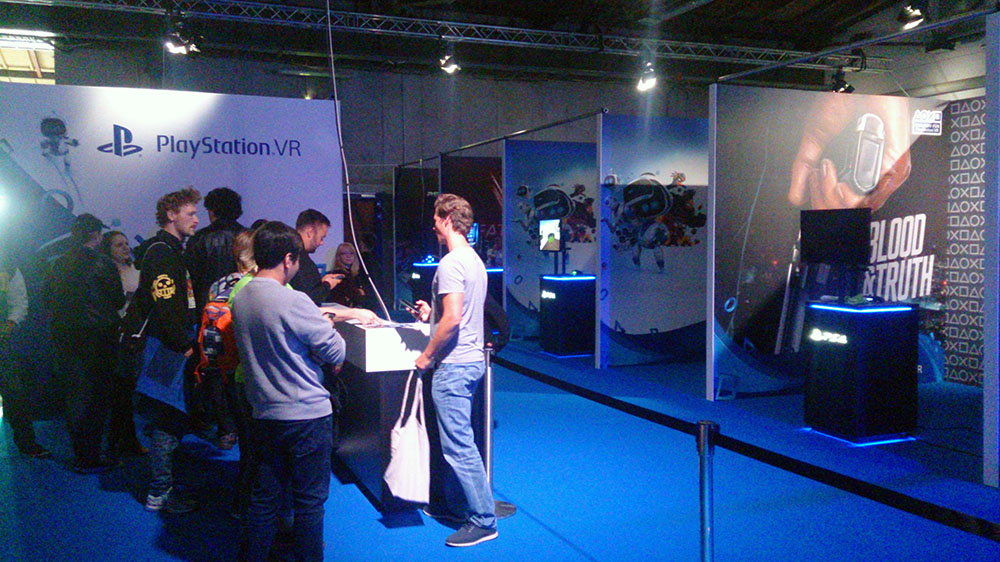 Sony is the main player of the show, taking an impressively large show space for PS4 and PSVR, comparable to Gamescom. But the focus here lies clearly on communicating a vivid gaming culture to fans, families and non-gamers. A great deal of the show provides introductions into the world of games, tutorials for popular titles and hands-on practical advice on how to become a better gamer.

An embedded industry event for the pros

In contrast to Gamescom, professional game industry activities are not separated from the general audience events. The same presentation space is used for gaming competitions as for developer panels as for product introductions. Journalists and YouTubers accompany the expert talks and professional experience exchanges to link the activity to the general audience. There is no separated area for making business deals or matchmaking. The pros are embedded in a vast consumer meeting and sharing space. Right here, at the end of the long production and release pipeline, they get direct access to people they originally were developing for, filling this space in a tangible way with consumable offers of playful fun. 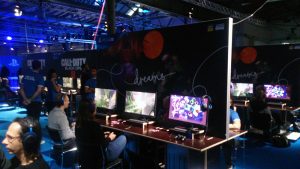 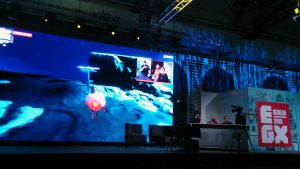 Apart from the Gamescom line-up, Sony added quite some activities for previewing the upcoming sandbox platformer Dreams – with many demo stations, developer workshops and product presentations. The game is supposed to get a VR mode as well, that developers mentioned ‘as a gaming component among others’. Unfortunately, you could not experience this feature here in Berlin.

A FOMO place for the VR players

Sony was the only VR player showing up at EGX Berlin with a setup at least as broadly conceived as the already very impressive one at Gamescom. But VR was no big topic at the show. It came along like an established or even neglectable component of the gaming culture among all other gaming activities. 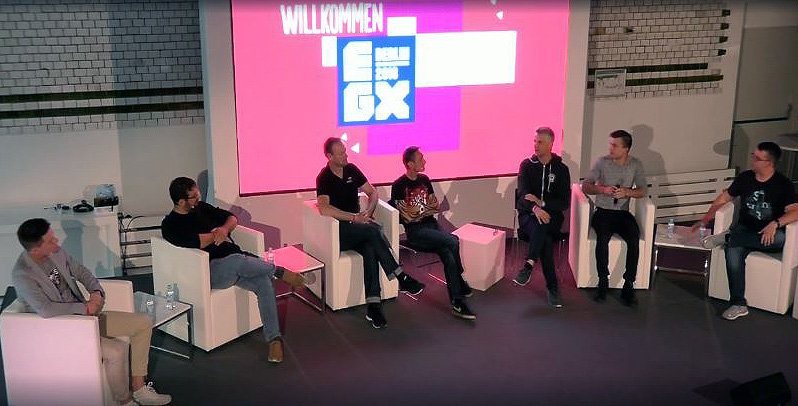 Panel on future developments: what do we play in 5 years?

The only panel dedicated to future developments bundled VR together with other gaming trends like battle royale, esports or streaming. The question of how games and immersion can go together – or not – came up for a short moment without being discussed any further. For a show dedicated to consumer promotion, EGX and the rest of the VR gaming industry missed out an excellent opportunity to communicate their products with first-hand experiences to the crowds. 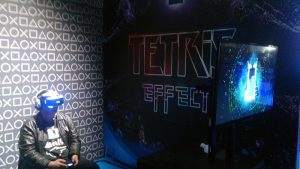 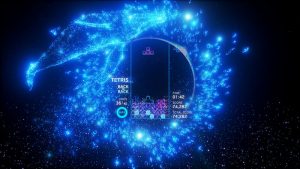 The show featured an excellent example for mutual containment of games and immersion: The Tetris Effect added an atmospheric and well-designed demo to Sony’s Gamescom line-up, where good old 2D Tetris can be played embedded into 3D environments with the PSVR headset. At the same time, EGX handled immersion at the show floor as if VR already were embedded into the good old world of games. With this short-sighted understanding of VR, the question remains unanswered how games and immersion can go together – or not. And this may well be a reason why gaming VR is not taking off, yet.