Unity’s annual European developer gathering took place in Berlin this year. Only a few weeks before, the competing engine platform from Epic held its Unreal Fest Europe in the same city during Berlin Gamesweek. This was an excellent opportunity to check the state of VR on the developer front. Which engine is the driving force for developing virtual realities in Europe? 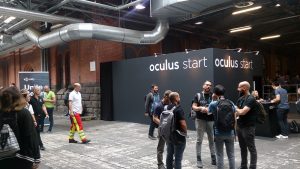 Mobile VR is the mainstay

Unity’s origins in mobile development were obvious also in terms of VR and AR. All main players of gaming platforms were present on the expo floor and in the conference, but the focus was on AR developments for smartphones and mobile development for the upcoming Oculus Go standalone. Oculus offered special office hours for their Start program to motivate and consult mobile developers for porting and creating for the Go. As an example, you could play the mobile game ‘Republique’ in the Go headset on the show floor. The graphic quality and ported game mechanics were very convincing. The game experience as a whole came closer to 3D gaming than VR as immersion is limited to 3DOF in the headset and simplified controls. 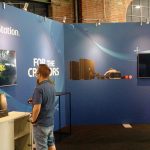 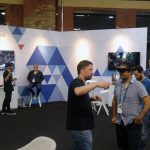 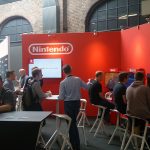 High-end systems were also present, although rendering methods for console gaming stood out against VR developments. But you could try out the very convincing Samsung Odyssey MR headset at the Microsoft booth, which unfortunately is not yet available in the European market. Microsoft and Sony also offered excellent overview lectures on VR development tools in the conference sessions. 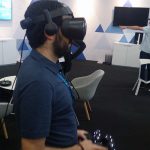 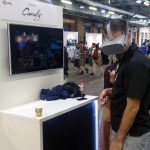 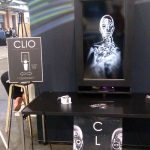 Mobility is a serious player

The conference even dedicated a whole track on VR developments to the automobile industry for all 3 days with the Auto Summit. The talks from Audi, Volkswagen, special service agencies or automobile suppliers impressed with applied VR for research, corporate collaboration, product marketing and logistics. And you could get even more into detail on the show floor with HoloLens applications and VR simulations from India or from European carmakers. 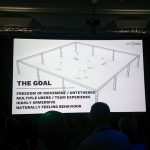 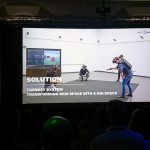 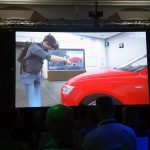 AR is the new gaming sport

The main theme of the developer gathering and Unity’s newest hotspot is Augmented Reality, especially for mobile devices. Google offered an extensive workshop on ARCore development and presented example applications at a booth, that was partly real and partly virtual. Many talks in the conference were dealing with AR tools for development, and Magic Leap made an introductory presentation of its Unity SDK. 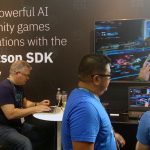 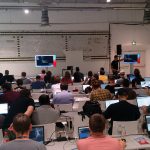 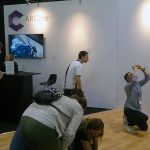 Unity also started the keynote with the introduction of its MARS project to propel AR developments, clearly indicating the opening of a new and promising playing field for its developers. The conference also provided further insights into current trend topics like Artificial Intelligence and Machine Learning. IBM promoted its Watson AI services at a booth with example applications from the Star Trek Bridge Crew experience for VR.

The range of topics and activities at Unity’s Unite 2018 in Berlin was absolutely stunning and impressive. Starting from mobile development, the engine crossed over to mobile VR, took a deep dive into fancy AR, impressed with high-end rendering technologies for consoles and presented top-notch immersive experiences like the amazing Trinity production on the show floor. 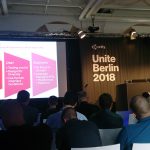 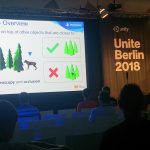 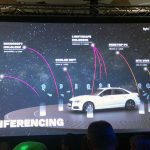 In comparison to the competing Unreal Engine, Unity clearly stays the driving force in terms of VR developments – a proven fact, as Epic not even listed a single note on VR at the Berlin Unreal Fest. That is very good news for Unity and its massively engaged developer community gathering in Berlin. But it is not automatically good news for the current state of VR.

Breaking the current or drowning in currents

There certainly is a lot of drive-in low-cost headset segments and standalone markets now, and this plays into the hands of a mobile game engine that Unity still remains in its core. But the possibilities of these headsets are rather limited in terms of immersion for VR. This diversification may come too early with immature application frameworks instead of going for more solid platform experiences on the high-end level first. Automotive VR is an excellent use case for competency in VR, but instead of pointing to an immersive future, it is entirely bound to an economic structure of the past. AR’s actual state of a hot topic is not very reliable if you take into account the trendy nature of the gaming business. Two years ago, Unity heavily promoted an integrated EditorVR in the keynote. This main component for VR development was not even mentioned at this year’s edition of Unite, and it still remains sidelined in experimental mode up to now.

If one of the dominant game engines retreats into traditional flat game segments by ignoring VR, and the other one disperses into transitory display trends without fostering a consistent production environment for VR, it may be time to look out for a third option that takes VR as seriously as an old economy like the automobile industry does: as a media platform of its own.