Virtual Reality was in the limelight at IFA 2017 when Microsoft introduced a series of Mixed Reality headsets with its partner companies. So, it was interesting to see what the big fuss was all about and if VR could be established as an emerging market segment on Europe’s most indicating trade show for consumer electronics also in the 2018 edition.

Even if VR was not the big talk of the keynotes or conferences like the year before, VR was still very present on IFA’s show floor. Most relevant industry players reserved a part of their booth for VR demos, presenting the headsets as an active constituent of their electronics product portfolio. 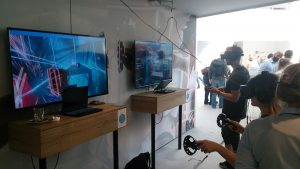 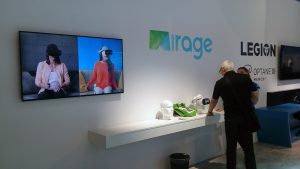 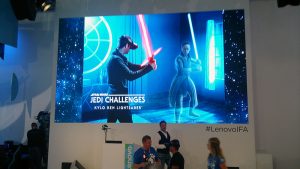 Lenovo promoted heavily an upgraded version of its Star Wars-themed Mixed Reality system and displayed the standalone headset Mirage which is based on Google’s Daydream system. Acer presented new hardware with an elaborated version of its Windows MR headset with special features for disassembling the visor part. The new model also adopted some mechanics from the HTC Vive Pro setup, making it a far more robust and comfortable headset than the first Acer headset on display at last year’s show. But the balancing of weights is still a bit uneasy as the detachable visor feels a bit heavy, while I also felt too much pressure on my forehead. Acer promoted the Ojo 500 together with gaming laptops as a gaming feature. But the headset seems to be designed more for business purposes and demo activities with a certain user throughput. In that case, the disposable visor comes in very handy for easy cleaning operations. 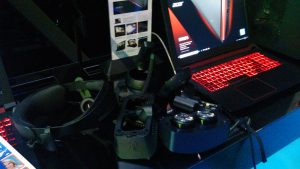 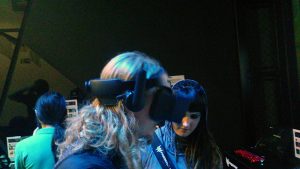 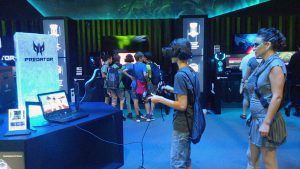 Microsoft’s biggest competitor for gaming consoles and the leading console VR producer Sony did not show any PSVR demos in Berlin. After heavily promoting the console system at Gamescom in Cologne a few weeks ago, Sony now focused more on mobile gaming and even pulled back the terminology of ‘immersive experiences’ into the realm of traditional flat-screen devices… 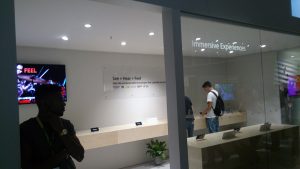 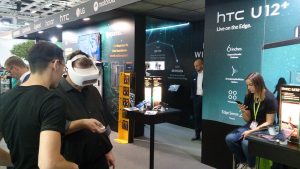 It looked like the big corporations wanted to go ‘back to normal’ without abandoning their newly established claims in VR. But even the innovative driving forces of the new media platform retreated to rather secluded areas: HTC Vive only demoed a Vive Focus on a micro-booth, and Oculus was not even present at the show.

Apart from the headset manufacturers, there were several booths using VR for product demonstrations. Most notably, Hoover Candy immersed you into a kitchen of the future by means of panoramic videos on a Gear VR. 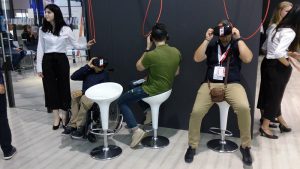 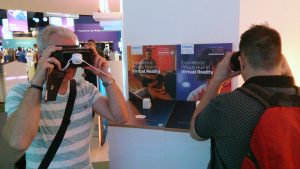 But smartphone VR is about to be outdated very quickly. In comparison to CeBIT a few months ago, where the Oculus Go already replaced most of the Gear VRs, many companies at IFA still tried to get away with last year’s Gear VR setups and 360° videos in rather bad quality – the loss of attraction value was very notable here. 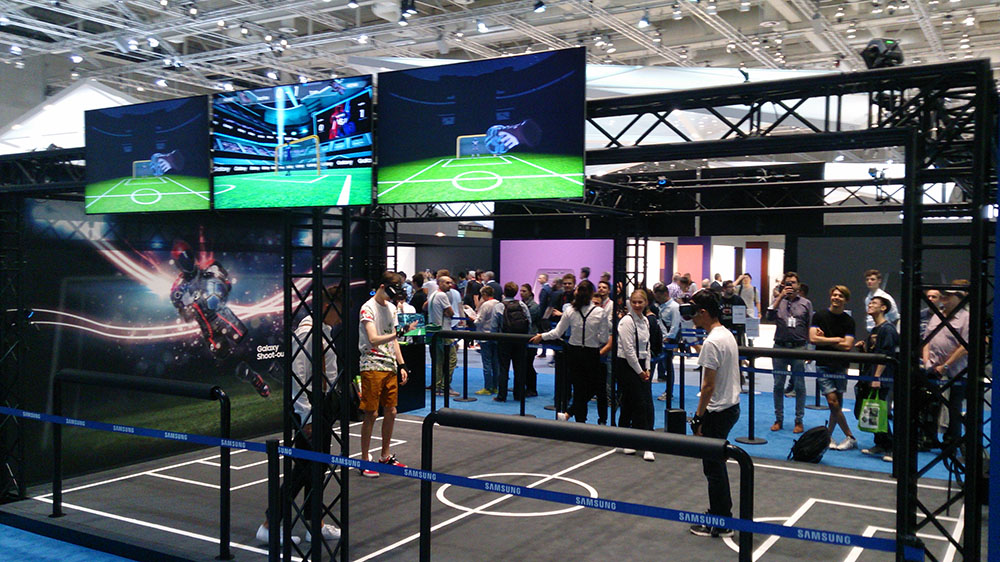 Only Samsung could deliver satisfying Mobile VR with two very remarkable VR installations based on the Gear VR and the Galaxy series: an arcade driving simulator and a football shoot-out with full-body tracking systems. Although both installations were highly attractive, they represented very enhanced versions of smartphone VR that can not be compared to VR adoption on a smartphone for everyday users. For local-based entertainment in the traditionally spectacular Samsung showcase, they certainly did a great job!

The most outstanding VR showcase at this year’s IFA had been realized by one of Germany’s biggest TV stations. WDR demonstrated a three-part series of VR productions related to TV documentary features on coal mining and everyday living in Germany’s former region of heavy industry. A 360° interactive video put you into a living room of the 1960s, another immersive video let you travel through a photogrammetry-scanned coal mine, and a 4D experience with Oculus Rift and Touch control put you into the shoes of a coal miner going to work deep under the surface. The experience was enhanced by heat and wind stimulations, and you had to overcome some critical situations with your co-workers under sweating conditions in a dusty digital realm before getting back to the clinical modern-day life of a 2018 media trade show… 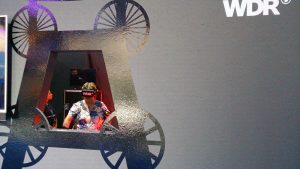 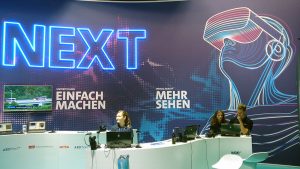 VR was also present on other media booths at IFA, where live broadcasting shows discussed new equipment or the change of TV production conditions in relation to panoramic video technology. Even if VR did not show up so dominantly as it did at least year’s show, it continues to stir up the media world below the surface in quite a substantial way.

Shaking off the dusty hype

IFA’s innovation area IFA Next confirmed this impression with a line-up of VR startup ventures, expanding the field of VR applications into more social areas related to training, education and therapy. An Expert Talk at IFA Global Markets on VR, AR and MR summarized the actual state of immersive media and clarified use cases for VR consumer markets, AR business applications and MR industrial operations. 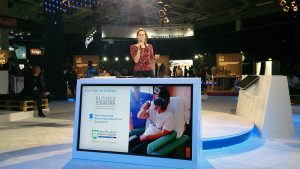 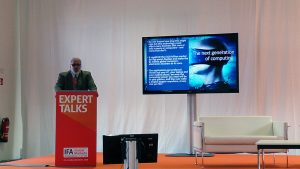 At this year’s IFA, Virtual Reality was not in the limelight any more.  The hype looks already dusted, the technology ages quickly, the advancements continue being made in smaller steps for more practical and more concrete implementations. IFA could not confirm the show as a central hub for immersive media, yet. But as an indicator for consumer electronics, IFA 2018 made clear that VR is going to dig deeper into our daily environments, beyond gaming and work.

© all images by Jochen Schmidt